Learn why DNG Chartered Accountants is the only accountants you will ever need. 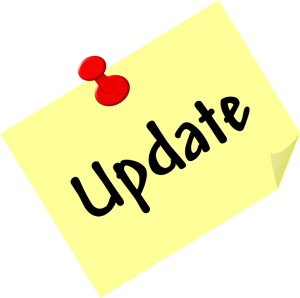 Welcome to the second charity update blog, to read last weeks click here. This weeks blog focusses on the accounting and tax updates which may affect charities. If you have any queries regarding the topics raised please contact us and we will be happy to help.

The Statement of Recommended Practice for Charity Accounting (‘the SORP’) sets out the reporting framework that charities preparing accounts on the accruals basis are required to follow. Issued in 2014, it is subject to frequent updates to ensure that it remains up to date.

The most recent update to the SORP, Update Bulletin 2, was issued over a year ago. Its impact is only now being felt as charities start to prepare their 2019 accounts.

The Bulletin contains a number of ‘clarifying amendments’ that take effect for accounting periods commencing on or after 5 October 2018. These provide guidance on how the existing requirements of the SORP should be interpreted in the areas of comparative information, the depreciation of fixed assets and the payment of Gift Aid by a subsidiary trading company to its charitable parent. On this last issue a separate Information Sheet has also been published providing guidance on the accounting by subsidiary companies in respect of Gift Aid payments.

There are also a number of changes introduced that take effect for accounting periods commencing on or after 1 January 2019 that are designed to ensure that the SORP remains consistent with the requirements of FRS102, the Financial Reporting Standard on which the SORP is based. The most significant of these relate to investment property, charitable mergers and the statement of cash flows. Although these are the most significant, other less significant changes are likely to impact a limited number of charities. To find out more click here.

New plans have been announced that will change the way the SORP will be developed from 2020 so that it better meets the needs of the users of charity reports and accounts. This follows a comprehensive governance review of the SORP development process in recent months.

If you are interested in joining a stakeholder group or applying for membership of the SORP Committee, details are included on the dedicated SORP website. The intention is to have representation from across the UK and Ireland to reflect the coverage of UK-Irish Generally Accepted Accounting Practice.

In July 2019 the Charity Tax Commission published a report setting out areas where reform of the tax system could be made for the benefit of the charity sector. Established by the NCVO and led by a former chairman of the Inland Revenue, the Commission’s proposals aim to boost charities and unlock a wave of giving.

Short-term proposals made by the Commission that could be introduced include:

The Charity Tax Commission is also advocating longer-term proposals for a comprehensive review of Gift Aid, VAT and business rates relief to ensure that they adapt to the changing ways that charities deliver their services in the 21st century.

Of course there is no guarantee that these proposals will ever make it into law, but with a potential change in government in the next few months it is hoped that the time is right for reform of charity tax.

Visit our blog page next week for another article on charity news, covering gifts and donations.

"I can't praise DNG and Katie enough, I was already convinced I wanted to go ahead with the QuickBooks set up so on the initial visit Katie just gave me a tour of the site and showed me exactly what to expect. Katie gave me confidence, allowed me to have a 'play' with the programme while she was with me giving hints and tips. I felt totally at ease with Katie almost immediately and I have had occasion to email a couple of queries and have found the response timely and very helpful. I would definitely recommend DNG and QuickBooks."

"With the help and advice from DNG I have now had Xero installed for my accounting purposes. Although this was a worrying prospect for me I have to say that Xero is very straight forward and easy to negotiate. Everything was set up and geared for our purposes and has been a very positive experience. In the event that you require help the explanations and instructions on the help bar are brilliant and written in layman’s terms.

I don’t think I would have progressed so well without the help and support of Jo and Sarah from DNG. They put everything in place and guided me through all the procedures and gave me confidence. So much so that within two months I had ditched my manual accounting books and am doing everything on Xero. Its great to always have someone to ask even this silliest of questions at the end of the phone or emails! Thank you Jo and Sarah!"

"I have had nothing but a positive experience over the past 5 years from DNG. This tax year they have been particularly fantastic at saving me a considerable amount of money and advising on future payments. Their fees are probably the best money I spend every year. I’ve been asked for their details from 2 friends and family as a result. I would thoroughly recommend them as not only do they get good results, they are very easy to work with."

"We have been very impressed with the service we have received from DNG since outsourcing our payroll at the start of 2017. Our payroll/auto enrolment is not straightforward. Not only do DNG deal with the pension complications effectively and efficiently each month, they also identified errors we made in earlier years enabling us to recover nearly £4,000 of overpaid National Insurance contributions. We are pleased to recommend DNG, and their payroll team in particular, for their professional and diligent approach to providing their services to us."

"DNG provided us with invaluable advice and support as we negotiated our way through a recent MBO. They were super responsive and patient with our never ending questions and queries. I wouldn’t hesitate to recommend their services to other small businesses."

"Halcyon has been with DNG since 2000. In that time they have become an integral part of our business success. Not only do they provide the statutory auditing services but they have become our "Critical Friend" - offering advice and guidance at crucial stages of the Company's evolution and development. It's hard to imagine not having them there.

We are delighted with the quality of service they provide - always professional, always timely and always valued.”

"Jones Wholesale have been clients of DNG’s payroll facility for many years and would not think of changing to any other option. The consistency of service received is extremely reassuring and the staff I have experienced have always been efficient and a pleasure to deal with.

To know that calculations and reports will always be accurate and timely is of paramount importance to me and their knowledge and advice on personnel and tax/benefit matters has proved particularly valuable."

"The British Institute of Non-Destructive Testing (BINDT) has used DNG’s services for over 25 years. DNG are active participants in the day-to-day function of the Institute’s Finance and Accounts department.

BINDT is reassured in the knowledge that the staff at DNG are always on-hand with viable solutions and dependable advice for any financial query passed their way.

DNG provide outstanding payroll and budgeting support to BINDT and are consistent in preparing for and providing a thorough audit of the Institute accounts.

The support and services BINDT receives from DNG are second-to-none."

"iSAMS have been working with DNG since 2008 and they were not only chosen on the basis of their excellent reputation locally but also on their expertise in our particular area of activity.

DNG are our ideal partners and have helped us maximise on the exciting growth our business has seen during its infancy. We particularly value the on-site and personal service provided by the Management Accounting and Systems Support team.

We are more than delighted with the services that they provide and would strongly recommend DNG to any company or individuals seeking very professional and friendly advice."

"Barton Petroleum Ltd have been using DNG’s payroll services for many years now and value highly the confidential and personal service which they deliver. Their speedy and efficient resolution of complex queries is particularly appreciated.

DNG represent excellent value for money at a time when all forms of expenses are under the microscope and I would have no hesitation in recommending them as an outsourced bureau."

"DNG’s approach and conscientious attitude have been invaluable to my business and I could not have done without their expertise. Knowing the payroll for my employees, at the Tattoo Club is in safe hands has allowed me to concentrate on other issues within my business.

I pass on my sincere thanks to them and hope that we will continue our business association well into the future."