Why DNG Chartered Accountants should be part of your financial life

Pensions – Don’t get caught with a nasty tax bill 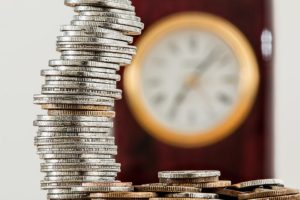 Almost a million people are at risk of punitive tax charges because they haven’t understood complicated rules on pension savings and withdrawals, according to new figures released by HM Revenue & Customs (HMRC).

Since 2015, savers have been able to tap their pension funds in various ways from the age of 55. Yet many people who take advantage of the pensions freedom to take income out of their pension plans don’t realise that, in most cases, this severely restricts their ability to make further savings.

While most pension savers will get a £40,000 annual allowance for contributions, a lower cap (known as the Money Purchase Annual Allowance (MPAA)), applies to most of those who have started accessing their savings at age 55 or older. This reduced allowance, worth just £4,000 a year, was introduced to stop people withdrawing large sums from pensions in order simply to reinvest the money and claim new tax relief.

Since 2015, 980,000 people have made withdrawals that mean they are now subject to the MPAA, says HMRC. Anyone who subsequently breaches the £4,000 allowance faces a tax bill at their highest rate of income tax on the excess. A higher-rate taxpayer making a £6,000 pension contribution, for example, would have to pay tax on the additional £2,000, prompting an immediate £800 bill.

In practice, many people making pension withdrawals after the age of 55 also continue contributing to their savings, often for perfectly valid financial-planning reasons. They may be moving into part-time work, for example, supplementing their income with cash from their pension, while still retaining membership of their current employer’s scheme. Or they may be accessing their pension to make a one-off purchase – a holiday home, say. Others may simply be reorganising their pension-savings strategy.

The MPAA trap is complicated by the fact that not all withdrawals trigger the lower limit on contribution. It does not apply to savers cashing in small pension funds worth less than £10,000, for example, or those who exercise their right to take a tax-free cash lump sum out of their savings but don’t withdraw any income from the fund.

The MPAA warning is just another example of how savers are potentially being caught out by the pension freedom reforms. While the changes have benefited many people, they have also added significant complexity to the system. Overall, a third of savers fail to take financial advice on how to manage their pension-fund cash later in life, according to the Financial Conduct Authority, the chief City regulator.

"I can't praise DNG and Katie enough, I was already convinced I wanted to go ahead with the QuickBooks set up so on the initial visit Katie just gave me a tour of the site and showed me exactly what to expect. Katie gave me confidence, allowed me to have a 'play' with the programme while she was with me giving hints and tips. I felt totally at ease with Katie almost immediately and I have had occasion to email a couple of queries and have found the response timely and very helpful. I would definitely recommend DNG and QuickBooks."

"With the help and advice from DNG I have now had Xero installed for my accounting purposes. Although this was a worrying prospect for me I have to say that Xero is very straight forward and easy to negotiate. Everything was set up and geared for our purposes and has been a very positive experience. In the event that you require help the explanations and instructions on the help bar are brilliant and written in layman’s terms.

I don’t think I would have progressed so well without the help and support of Jo and Sarah from DNG. They put everything in place and guided me through all the procedures and gave me confidence. So much so that within two months I had ditched my manual accounting books and am doing everything on Xero. Its great to always have someone to ask even this silliest of questions at the end of the phone or emails! Thank you Jo and Sarah!"

"I have had nothing but a positive experience over the past 5 years from DNG. This tax year they have been particularly fantastic at saving me a considerable amount of money and advising on future payments. Their fees are probably the best money I spend every year. I’ve been asked for their details from 2 friends and family as a result. I would thoroughly recommend them as not only do they get good results, they are very easy to work with."

"We have been very impressed with the service we have received from DNG since outsourcing our payroll at the start of 2017. Our payroll/auto enrolment is not straightforward. Not only do DNG deal with the pension complications effectively and efficiently each month, they also identified errors we made in earlier years enabling us to recover nearly £4,000 of overpaid National Insurance contributions. We are pleased to recommend DNG, and their payroll team in particular, for their professional and diligent approach to providing their services to us."

"DNG provided us with invaluable advice and support as we negotiated our way through a recent MBO. They were super responsive and patient with our never ending questions and queries. I wouldn’t hesitate to recommend their services to other small businesses."

"Halcyon has been with DNG since 2000. In that time they have become an integral part of our business success. Not only do they provide the statutory auditing services but they have become our "Critical Friend" - offering advice and guidance at crucial stages of the Company's evolution and development. It's hard to imagine not having them there.

We are delighted with the quality of service they provide - always professional, always timely and always valued.”

"Jones Wholesale have been clients of DNG’s payroll facility for many years and would not think of changing to any other option. The consistency of service received is extremely reassuring and the staff I have experienced have always been efficient and a pleasure to deal with.

To know that calculations and reports will always be accurate and timely is of paramount importance to me and their knowledge and advice on personnel and tax/benefit matters has proved particularly valuable."

"The British Institute of Non-Destructive Testing (BINDT) has used DNG’s services for over 25 years. DNG are active participants in the day-to-day function of the Institute’s Finance and Accounts department.

BINDT is reassured in the knowledge that the staff at DNG are always on-hand with viable solutions and dependable advice for any financial query passed their way.

DNG provide outstanding payroll and budgeting support to BINDT and are consistent in preparing for and providing a thorough audit of the Institute accounts.

The support and services BINDT receives from DNG are second-to-none."

"iSAMS have been working with DNG since 2008 and they were not only chosen on the basis of their excellent reputation locally but also on their expertise in our particular area of activity.

DNG are our ideal partners and have helped us maximise on the exciting growth our business has seen during its infancy. We particularly value the on-site and personal service provided by the Management Accounting and Systems Support team.

We are more than delighted with the services that they provide and would strongly recommend DNG to any company or individuals seeking very professional and friendly advice."

"Barton Petroleum Ltd have been using DNG’s payroll services for many years now and value highly the confidential and personal service which they deliver. Their speedy and efficient resolution of complex queries is particularly appreciated.

DNG represent excellent value for money at a time when all forms of expenses are under the microscope and I would have no hesitation in recommending them as an outsourced bureau."

"DNG’s approach and conscientious attitude have been invaluable to my business and I could not have done without their expertise. Knowing the payroll for my employees, at the Tattoo Club is in safe hands has allowed me to concentrate on other issues within my business.

I pass on my sincere thanks to them and hope that we will continue our business association well into the future."